CLOSED FOR RENOVATIONS TILL FURTHER NOTICE

CLOSED FOR RENOVATIONS TILL FURTHER NOTICE

Currently closed due to Covid19.

Enjoy a sleep-in with 12pm midday checkouts as a standard.

Hotel Harry, perched above the vibrant Harry’s public bar & diner, sits proudly as one of the leaders of Sydney’s most artistically vibrant precincts.

Celebrating the tradition and history of the 1912 built hotel, the new interior design direction has built-in a softer, tonal feel, with warmer furnishings to ensure your stay is cozier and comfier.

Our accommodation remains closed until further notice, please email or call to enquire on when we are reopening. Ph: +2 8262 8800

enquire with our team to learn more: 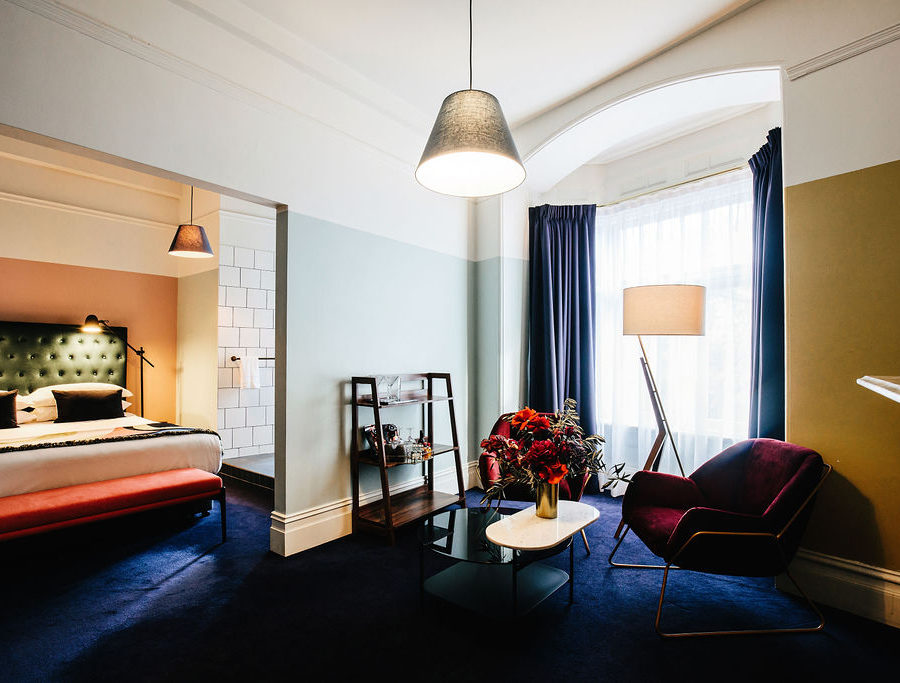 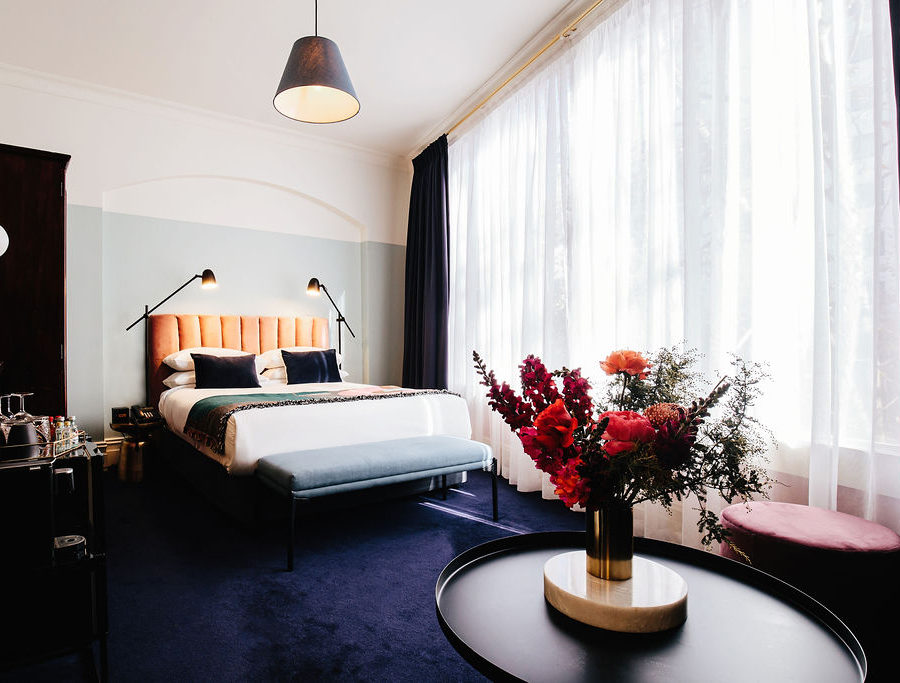 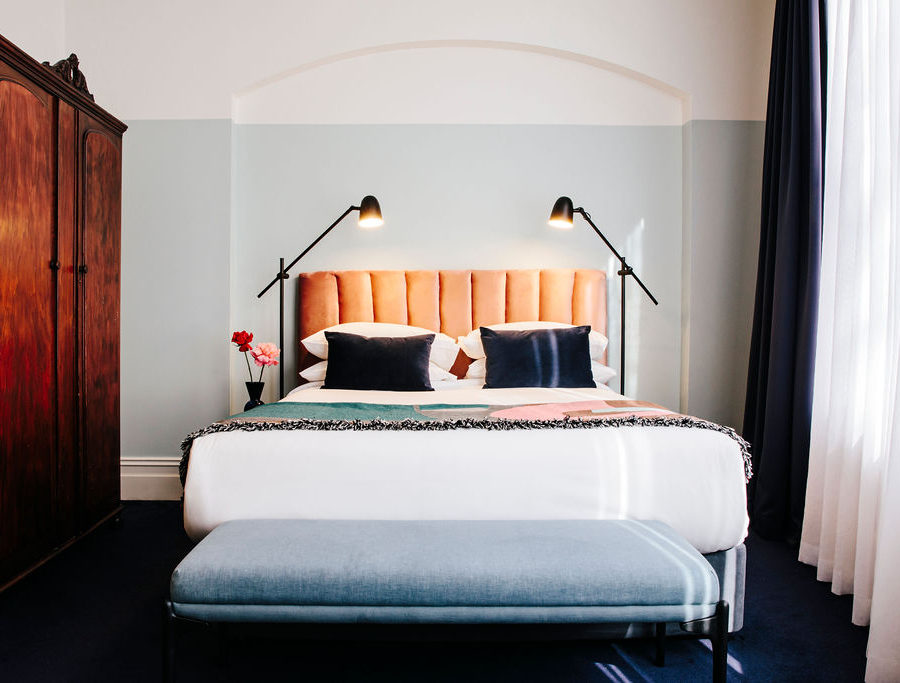 The independent, heritage-listed hotel harry is set in the cultural heart of surry hills and the CBD.

The building marries century-old architecture with a speakeasy feel and stylish, contemporary service.

The 1912 built Victorian building and its 20 hotel suites have been lovingly brought back to their original splendour to deliver a comfortable space to meet, drink, dine and relax.

Enjoy an easy stroll to just about anywhere else including Circular Quay & Harbour Bridge, Sydney Opera House, The Rocks precinct, the Botanical Gardens, galleries, Chinatown, Darling Harbour, Oxford Street and Central Railway Station to connect you to bondi beach and beyond.

Explore one of Sydney’s best kept secrets: the Brett Whiteley Studio, where one of Australia’s most celebrated artists of the 20th century lived and worked from 1988 to 1992. The Studio exhibits a selection of Whiteley’s work where glimpses of his private world can be seen in his sketchbooks, photographs, music collection and personal memorabilia. The studio is tucked between Crown St and Bourket St.
2 Raper St, Surry Hills.

Stroll the always busy and interesting shopping and dining streets of Crown and Oxford, meandering your way past fashion boutiques, architecture and record stores, cafes and restaurants.

Belvoir is one of Australia’s most respected and celebrated theatre companies. Engaging Australia’s most prominent and promising playwrights, directors, actors and designers to present an annual artistic program that is razor-sharp, popular and challenging.
25 Belvoir St, Surry Hills

Drawing upon this rich history, the former screening room of Paramount House has been carefully renovated by a bewitching collective of architects, interior designers, auteurs and furniture makers. It brings together the past, present and future to create a unique environment for people to watch films, enjoy a drink or host an event.
80 Commonwealth St, Surry Hills. www.ourgoldenage.com.au

Paddy’s has held a central place in Sydney’s history for over 150 years. Paddy’s Markets, Sydney’s biggest markets have a wide variety of stalls; food, fashion, gifts and gadgets in a true market atmosphere. With over 1,000 stalls you’ll find everything from souvenirs to sporting goods, clothes to cosmetics, footwear to fruit and vegetables, hot food to heavy metal CD’s, sheepskins to seafood, plants to pendants, crafts and much much more.
Corner of Hay Street & Thomas Street, Sydney.

Visiting Chinatown in Sydney can be an exciting and rewarding experience for any tourist. You can find some of the best Chinese culture right in the heart of Sydney city. The food in Chinatown is some of the best you will see outside of Asia- some of our Chinatown favourites are Golden Century Seafood Restaurant, Chat Thai, Mamak Malaysian, Red Chilli, Din Tai Fung.

Carriageworks is the largest and most significant contemporary multi-arts centre of its kind in Australia. Carriageworks engages artists and audiences with contemporary ideas and issues. The program is artist led and emerges from Carriageworks’ commitment to reflecting social and cultural diversity. The Carriageworks artistic program is ambitious, risk taking and unrelenting in its support of artists. Open daily and open until late on performance nights. For more information carriageworks.com.au

SATURDAYS 8AM – 1PM FREE
This renowned market features seasonal produce including organic and bio-dynamic foods from farmers and artisan producers from across New South Wales. Read an introduction to the Market by Mike McEnearney, Creative Director of Carriageworks Farmers Market and acclaimed Australian chef.

GETTING HERE
Carriageworks Farmers Market is easily accessible by public transport. Catch a train to Redfern Station (8 min walk) or a bus to Codrington Street at City Road near Sydney University (5 min walk). There are bike lanes on nearby streets and bike racks on site. The Market is wheelchair accessible via the ramp at 245 Wilson St, Eveleigh 2015. @carriageworksfarmersmarket

A short walk from the Hotel, and less than 200m from Central Station, the Prince Alfred Park Pool is the ideal location for a break away from the city pace and recharge your batteries. The facility offers a state of the art outdoor 50m pool, toddler splash deck and park. Open 6am to 7pm (8pm close during Daylight Savings).
105 Chalmers St, Surry Hills.